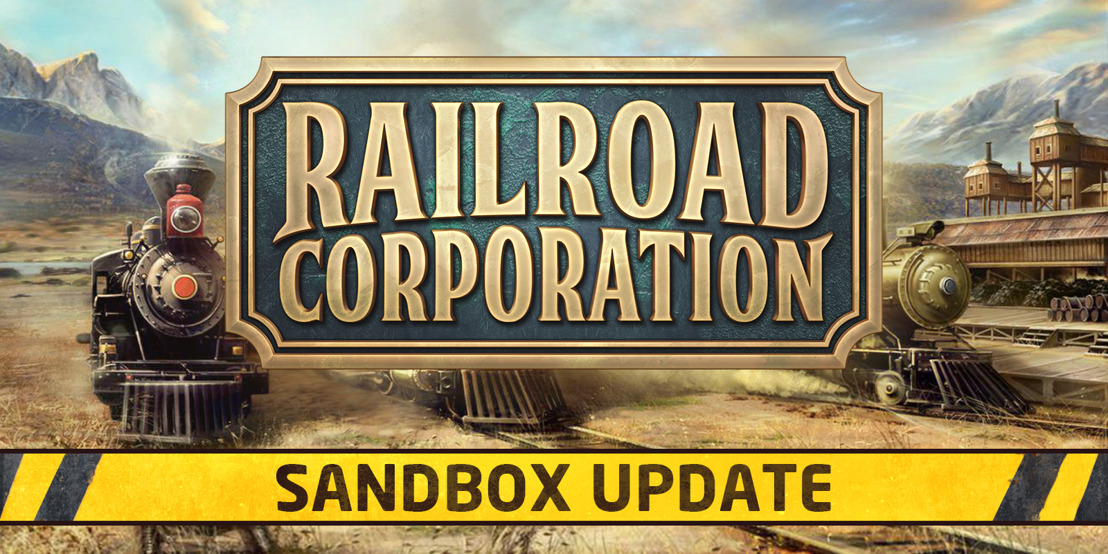 The new update will appeal to players wishing to fully focus on expanding their train network and growing their corporation, by featuring a sandbox mode.

In the sandbox mode, players can:

In addition to the sandbox mode, players now have the option of playing previously finished campaign missions in sandbox mode. This means that players can:

The update also brings with it some multiplayer tweaks, such as an alternative scenario for the current multiplayer map with an extended goal, a starting capital of $200k and two pre-researched locomotives.

Begin your career as an ambitious employee of a 19th century railroad company, in the Golden Age of Steam. Manage the business by obeying the directions of your bosses. Build railroads, tunnels and bridges to towns and cities, old and new, and decide how to use the railroad to the best advantage of the company. Marvel at the stunningly beautiful scenery that you must blast, dig and tunnel through – nothing must stop the railroad! If you excel, you will get the chance to set up your own railroad corporation, build up the local economy and earn your fortune in the New World. In order to be the very best, you must involve yourself in every aspect of your railroad empire: making new investment decisions, lobbying politicians, managing the global resources of your business empire, and constantly looking over your shoulder at the competition.

For all supporting assets, including the new video and the latest screenshots, please check out the press kit. For preview keys, please send an email to pr@iceberg-games.com.

Stay up-to-date with the latest Railroad Corporation news and information: