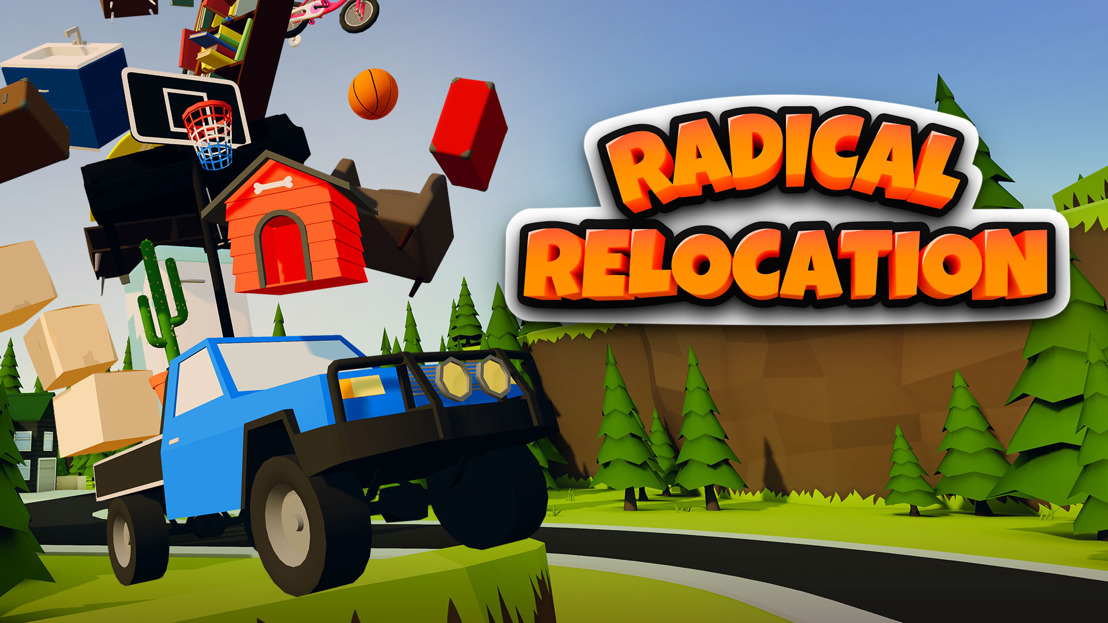 Together with developers Winglett Entertainment, Iceberg Interactive is excited to announce their collaboration on challenging physics-based puzzle game Radical Relocation, coming to Steam’s Early Access Program in Spring 2020. Watch the trailer below and be sure to wishlist it! Too eager to wait for the EA release? Check out the free demo on Itch and GameJolt and try it out TODAY!

Radical Relocation is a one-more-try, physics-based puzzle/beat-the-clock game. Your goal is to stack all your possessions carefully, but hastily, on top of your car and move them to your new home without dropping anything, and before the timer runs out. As you progress, you will be offered ever-more-challenging vehicles, such as boats, helicopters and much more.

"Originally featuring in the Ludum Dare 40 Indie Game Jam, we were really impressed with its simple, but addictive and challenging gameplay - we couldn’t believe that this was the first game that this young team had worked on, and were very keen to team up with them. Moving house will never be more frustrating and hilarious at the same time" says Erik Schreuder, CEO at Iceberg Interactive.

The press kit for Radical Relocation can be found here.

For all media requests, including being added to the waiting list for review keys, please reply to this email or send a new one to pr@iceberg-games.com