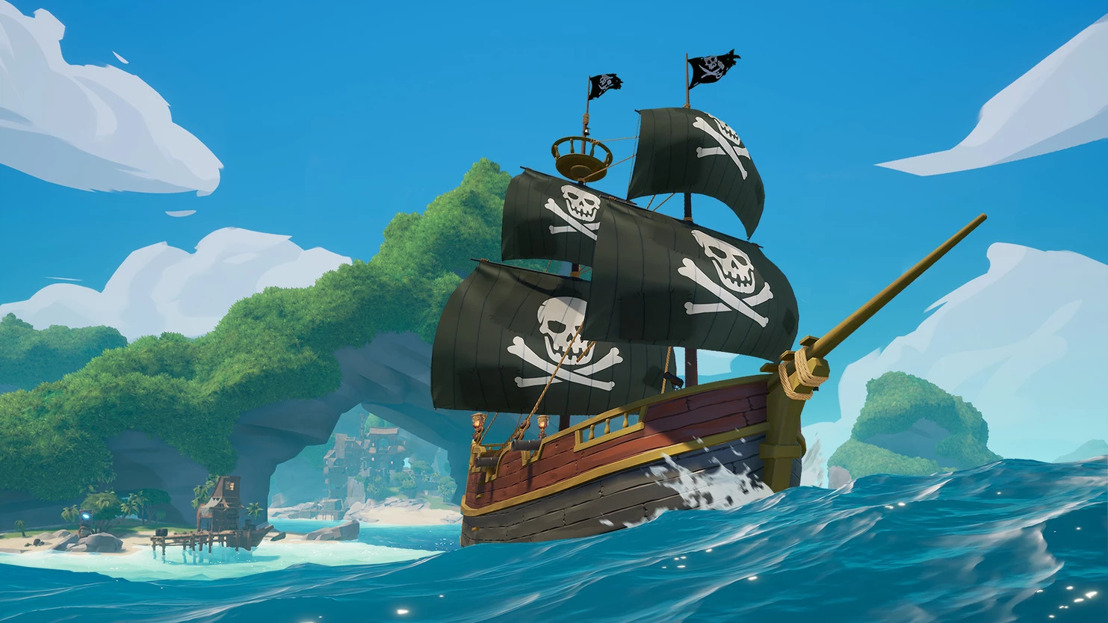 Hosted by Dan Maher (Inside Xbox) - the live show confirmed several November 2019 releases and offered a glimpse into the publisher’s anticipated line-up for 2020.

We'd love it if you'd watch the 20-minute Iceberg Ahead-show via the above links, or even share the show as a whole! We've also gathered up all news per game in a convenient list, below:

Blazing Sails, developed by Get Up Games
Fight for survival in Blazing Sails, a pirate battle royale game! Create your own unique pirate and ship. Band together with other players to command your mighty vessel! Navigate land and sea for loot, resources, unique weapons and ship upgrades. Sink every other ship to win the skirmish!

Railroad Corporation, developed by Corbie Games
Relive the pioneering spirit of the Golden Age of Steam by establishing your own railroad empire across 19th century North America. Race against time, as well as the competition, to bring settlements together, produce and trade goods and develop new technologies.

Headsnatchers, developed by IguanaBee
Hold onto your head with Headsnatchers, a stupidly hectic up-to-4-player local and online multiplayer party-game where you snatch your friends’ heads to come out victorious. Because, let’s face it, you’ll do anything to win.

Still There, developed by GhostShark Games
Every day is the same on the faraway Bento space-lighthouse - until a mysterious radio message breaks through. Evade the past, welcome oblivion, make the perfect Italian coffee. Still There is a psychological adventure game about grief, technical puzzles, wacky AIs and dark humour. How far is far enough?

Antigraviator, developed by Cybernetic Walrus
Antigraviator is a sleek new take on the anti-gravity racing genre. Use traps, power-ups and boosts to overtake your opponents and dominate the track in single player or multiplayer mode. With no speed limit holding you back, Antigraviator delivers the fastest racing experience of the future.

Circle Empires Rivals, developed by Luminous
In this fast-paced multiplayer RTS, you and your friends will take control of your own tiny kingdoms and conquer a world made of circles. Each one is overflowing with enemies to fight, monsters to hunt and loot to horde – but watch out... Friends can quickly become rivals!

Transient, developed by Stormling Studios
H.P. Lovecraft meets Cyberpunk. Delve deep into an obscure dystopian world and hold firm to your consciousness, when you stumble upon the terrifying truth about your life in a domed city, a truth that might tear apart your own sanity and question your very existence.

Pax Nova, developed by Grey Wolf Entertainment
A sci-fi turn-based 4X strategy game where you lead the fate of one of several factions divided between three races. Explore new worlds and new star systems filled with exciting secrets as well as new dangers. Build new cities, expand your influence and fight great battles on land and in space.

The Sojourn, developed by Shifting Tides
A tale of light, darkness, and the nature of reality. Traverse a thought-provoking puzzle game and its immersive colour-drenched world of light and shadow.