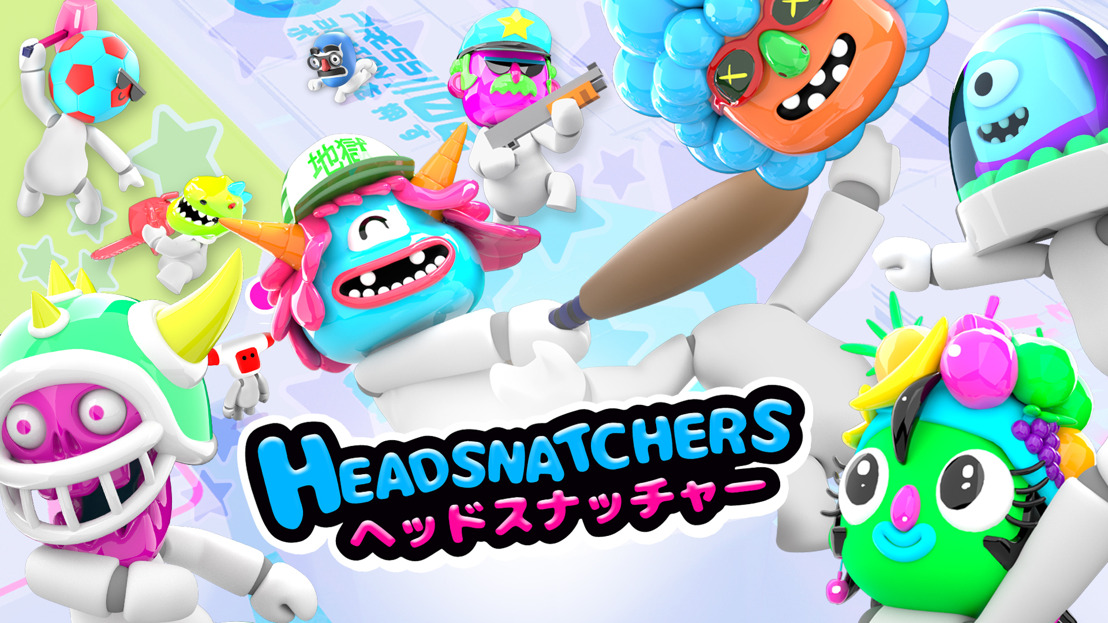 We are head-to-toes excited: Headsnatchers is releasing on Nintendo Switch™ and is exiting early access on Steam today! It’s time to use your head and snatch your opponent’s before you find yourself eaten by a shark, flushed down a toilet or cooked in veggie broth - and those are just off the top of my head.

Check out the new trailer for a head start:

With up-to 4 players joining the fun locally or online, Headsnatchers lives for its name: Snatch your opponent’s head off their shoulders and become the king of the party in 4 game modes and 25 unique levels to choose from.

Feeling introverted in a cold November day? Try beating the Zombie Castle in single-player mode, which turns the mayhem into a spooky platformer! It sure is tricky to become the head-master of the undead.

You can choose from 100+ heads, all equally loony and random OR you can create your own mad-hat with the ‘Headitor’, the custom head creator. Pretty a-head of its time, right?!

Find out more about Headsnatchers by checking out the Press Kit.

ABOUT IGUANABEE
IguanaBee is an independent game studio, founded in 2011 and based in Santiago, Chile. Experienced in both game development and 2D and 3D animation, the company's focus is on delivering original and engaging gaming experiences, always with a distinct visual style. IguanaBee has previously created unique titles such as the PS Vita exclusive Monsterbag and the augmented reality mobile game Raise, for Google Inc., and is now working on its new original IP Headsnatchers, for PC and Nintendo Switch. To learn more about IguanaBee and their games, please visit http://iguanabee.com.