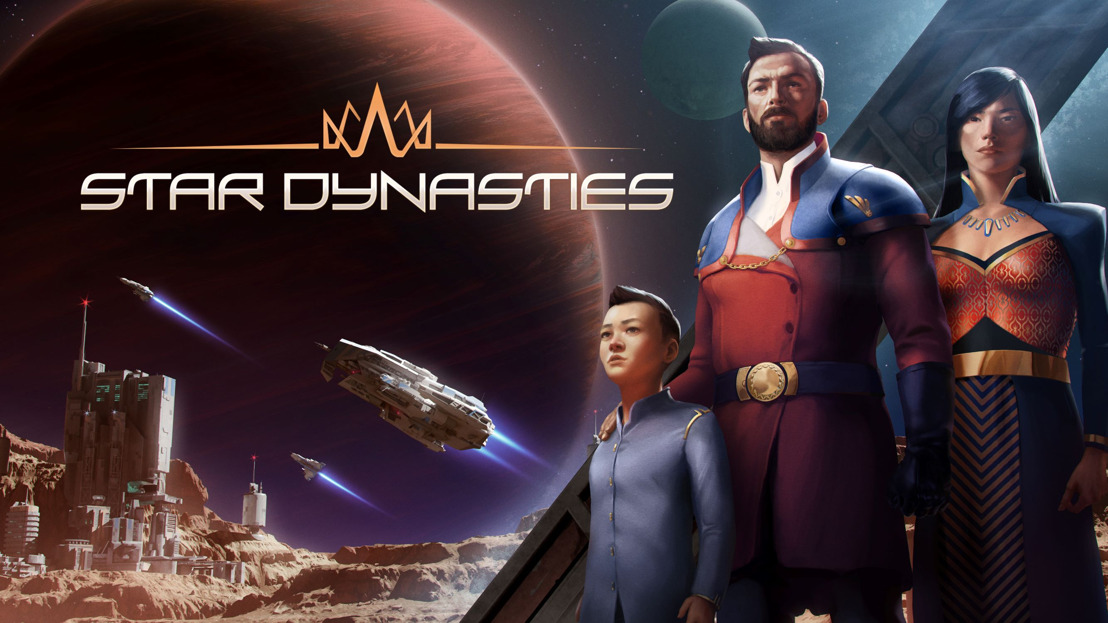 Space strategy game Star Dynasties is exiting Early Access TODAY for Windows PC via Steam for $24.99 with a limited time only 10% launch discount.

Your choices. Your legacy.

Check out the game in our release trailer here:

After launching into Early Access in March, Pawley Games have implemented several major new features alongside many balance tweaks and bug fixes;

Expeditions: The remnants of humanity live inside structures which they cannot build, and travel inside machines whose workings are unfathomable. Expedition Events grant players a piece of pre-Collapse knowledge, bringing the sci-fi setting of the game to life; from the relics of a previous age of exploration, to the mysteries of the here and now.

Colony Improvements: On every colony, there are remnants of pre-collapse buildings that provided its people with safety, food, or other necessities. Of course, after the collapse, many of these buildings fell into disrepair. Now, players can repair the installations that complement their goals in a particular region.

Story Editor + Mod Support: The story events editor is a powerful tool that will allow players to write their own story events and chains. Join us in the #sd-modding channel on Discord to ask questions and get help from other modders and the devs!

Star Dynasties was a private passion of mine for many years, but sharing the game in Early Access has been the most stimulating and enjoyable part of making it. Listening to the feedback of thousands of players from all over the world has improved the game in ways I could not have anticipated. I hope people who try it now will discover something that's even better than where we started, and a bit different from anything else they've played before.

Your campaign will span through generations of your bloodline. Customise a faction leader and launch your quest for galactic domination. Even if you set out as a benevolent upstart duke, your great-grandchild may be cruel and vindictive. You’ll have to be ready to adapt to the strengths and weaknesses of your descendants.

Your Own Space Opera

A feudal society is built upon strict rules and values. It will be expected of you to defend your vassals, protect your family and respect your neighbours. Act honorably and you can seduce the court of public opinion. Ingratiate yourself with others by throwing lavish feasts and solidify your alliances through marriage. Then strike ruthlessly when you can get away with it. Depose your unruly barons, threaten and force concessions from other dukes, and blackmail other characters to get what you want. Unearth the secrets of your enemies to ruin their political standing in a galaxy where reputation is everything.

A Rich Galaxy of Emergent Stories

You’ll be kept on your toes by a procedurally generated cast of hundreds of characters, each one trying to achieve their own personal goals. As events transpire, the choices you make can have a major impact not just on you; but on your heir, your house, and the fate of your empire.

Art, videos and more are available in our Press Kit here!

Stay up to date with Star Dynasties here:

Pawley Games is a UK based indie game development studio founded by developer Glen Pawley, that aims to craft engaging experiences based on the emergent behaviour of complex simulations. The studio is working on its first release, the procedural narrative strategy game Star Dynasties.