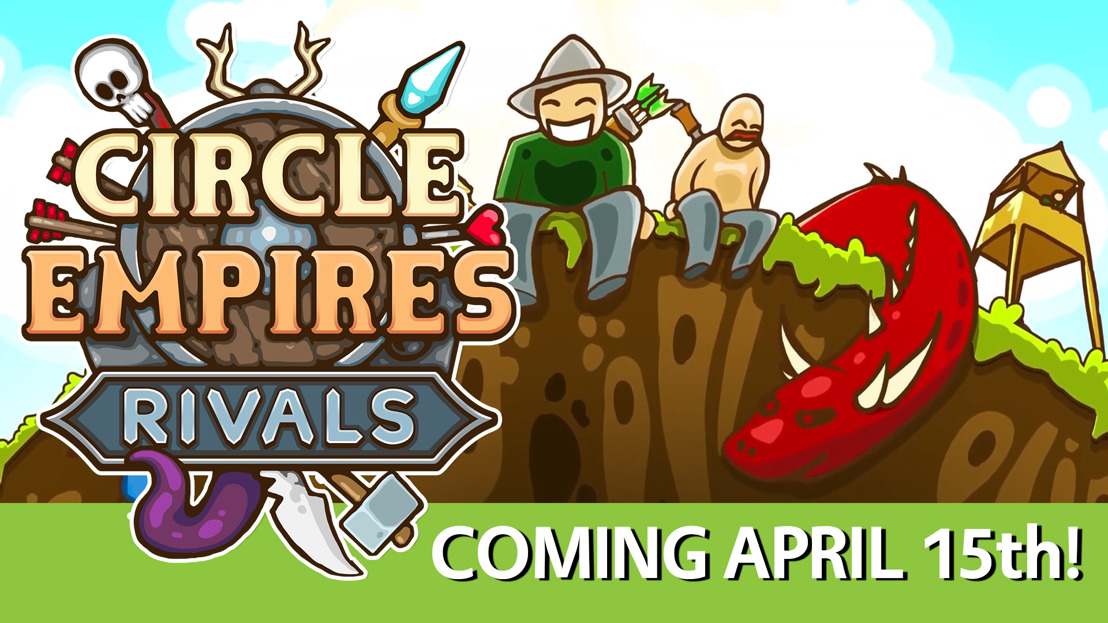 We have come full circle and together with developers Luminous, are elated to announce that our highly acclaimed, fast-paced RTS Circle Empires Rivals will be releasing on April 15th! Check out the new trailer below and wishlist the game now on Steam.

About Circle Empires Rivals
In this stand-alone multiplayer sequel to the award-winning RTS Circle Empires, you and your friends will take control of your own tiny kingdoms and conquer a world made of circles. Each one is overflowing with enemies to fight, monsters to hunt and loot to horde. Watch out though, as friends quickly turn to rivals…

The press kit for Circle Empires Rivals can be found here.

In 2016, Luminous partnered with Edvin Aedma, a developer on the Estonian indie hit Teleglitch: Die More Edition. Together, they decided to involve two more Estonian indie dev companies run by Edvin: Interactive Fate, to create a complete overhaul of all Circle Empires graphics, and Playtest Games, to ensure smooth production of the entire project. In August 2018 the first Circle Empires game came out and was wildly successful. It received Apex Monsters DLC in the following months. In 2019 Luminous started working on the multiplayer sequel Circle Empires Rivals.