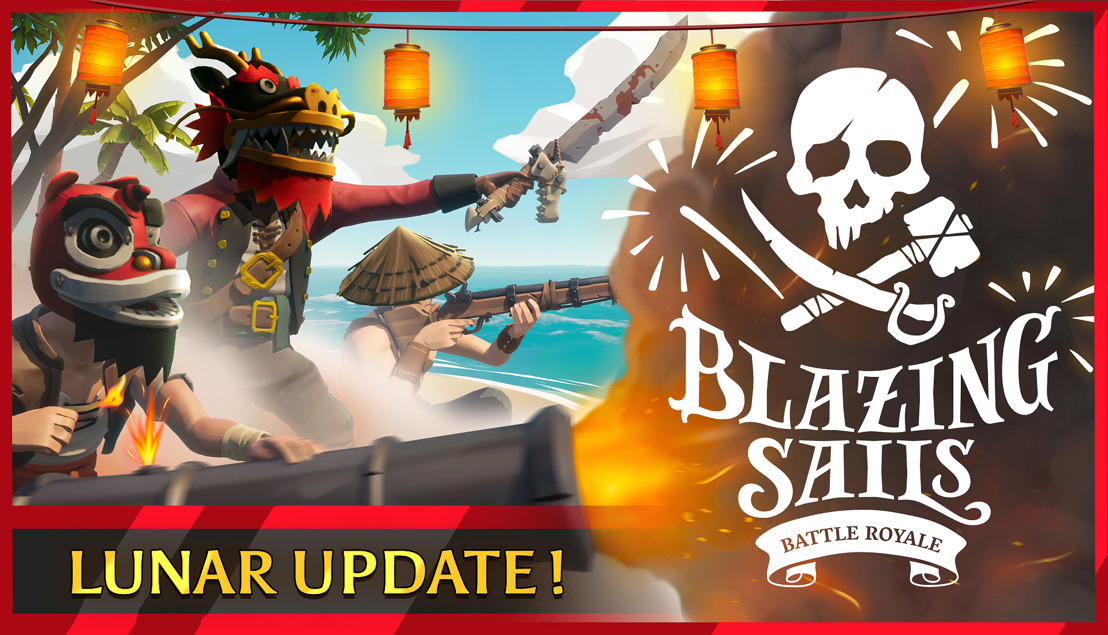 Sail damage, a new island and themed cosmetics will be available from today - check it all out in our brand-new trailer!

The Lunar Lands offer expansive new views and the most vertical, layered terrain in Blazing Sails - perfect for sniping other teams from afar!

You won't be safe out on the high seas either now there's sail damage to contend with! Use special ammo to tear a new hole in your enemies - and use your hammer on your masts to do repairs, just like the hull!

This is the 3rd major content update to Blazing Sails after it launched into Early Access in September. Since then, the game has become publisher Iceberg Interactive's greatest-ever hit on Twitch. Some of the biggest names on the platform including alanzoka, LIRIK and Elraenn have led a charge that's seen more than 1.7 MILLION hours of pirate action watched in 2020!

"The wind is really in its sails on Twitch" - PCGamesN

"Adopts many of the mechanics and the look of Sea of Thieves, but transplants them into a battle royale" - IGN

"Blazing Sails is a delightful, fun pirate adventure that has its sails pointed in the right direction" - Screen Rant

Blazing Sails is available now in Early Access on PC via Steam for $14.99 - and you can check out all our games on the Iceberg Interactive publisher page!

The press kit for Blazing Sails: Pirate Battle Royale can be found here.

ABOUT GET UP GAMES
Get Up Games is an independent game studio based in Waarschoot, Belgium. By being gamers themselves, researching games and modifying them, all 5 members are true experts in their craft. By combining knowhow, technical skills and creative thinking Get Up Games is all about making long lasting great gameplay that everyone can enjoy.

Known for many hit franchises including Starpoint Gemini, Killing Floor and Circle Empires; the company has enjoyed recent success with PC titles such as Shortest Trip to Earth, The Sojourn and Railroad Corporation. Iceberg Interactive has many exciting multi-format games coming up, including Transient (XBO/PS4), Star Dynasties (PC) and Sacred Fire (PC).