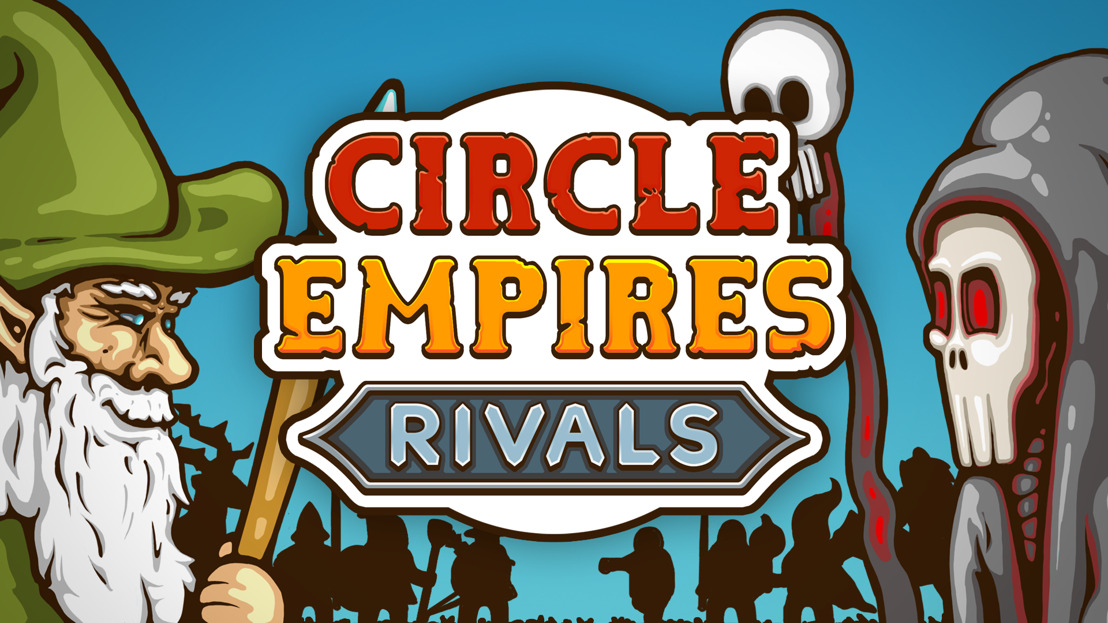 Our highly acclaimed, fast-paced RTS sequel Circle Empires Rivals is available TODAY on Steam for $14.99 - with a special 10% launch week discount and an additional 15% off for owners of the original title.

The follow-up to what Kotaku described as “one of the few games in this big tent of a genre that really does seem to do something new” - Circle Empires Rivals does it again and introduces co-op and competitive PvP multiplayer modes, alongside a huge amount of new single-player content. New modes! New units! New biomes! Check it all out in the launch trailer!

The press kit for Circle Empires Rivals can be found here. Content creators can request a free key via Keymailer here.

“From our humble beginnings as an indie demo almost 5 years ago, I am so excited to complete the ultimate Circle Empires experience with Rivals. Multiplayer is a feature we and our community have been craving for a long time, but it was a lot of work to pull off. We are continually grateful to everyone who has supported us, and just hope to bring some fun into the world during these turbulent times.”

About Circle Empires Rivals
In this stand-alone multiplayer sequel to the award-winning RTS Circle Empires, you and your friends will take control of your own tiny kingdoms and conquer a world made of circles. Each one is overflowing with enemies to fight, monsters to hunt and loot to horde. Watch out though, as friends quickly turn to rivals…

In 2016, Luminous partnered with Edvin Aedma, a developer on the Estonian indie hit Teleglitch: Die More Edition. Together, they decided to involve two more Estonian indie dev companies run by Edvin: Interactive Fate, to create a complete overhaul of all Circle Empires graphics, and Playtest Games, to ensure smooth production of the entire project. In August 2018 the first Circle Empires game came out and was wildly successful. It received Apex Monsters DLC in the following months. In 2019 Luminous started working on the multiplayer sequel Circle Empires Rivals.