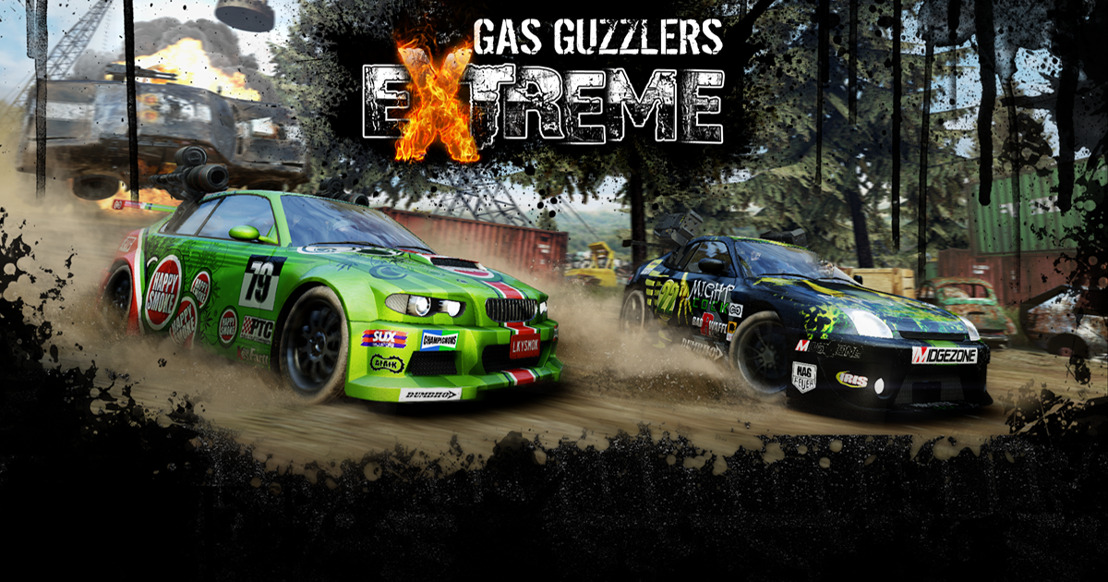 PlayStation hools, get ready: publisher Iceberg Interactive and Gamepires - the creators of SCUM - bring Gas Guzzlers Extreme to the PS4 on November 26th!
Loaded with twisted, metal fun - this release also includes the content of both Full Metal Frenzy and Full Metal Zombie DLCs. Shoot, crush and destroy your enemies in this carnage of a death race!

Check out the bad-ass trailer:

Gas Guzzlers Extreme is an exciting new twist on the car combat experience, with the addition of furious team combat battles. Start out with low performance vehicles and rapidly work your way up to high-performance models, by earning money in a series of hi-octane races and arena battles.

But things are about to get freaky, as a zombie apocalypse takes over! Get armed to the teeth and exploit all the insane power-ups to obliterate the hordes of the undead. Won’t be easy though – these brain-munching dudes fight back, and have weapons of their own, plus running over too many of them will make your wheels slip in gore… well, let’s just say you don’t want them feasting over you.

You can find all additional game assets in the Press Kit.

For all media requests, including review keys, please reply to this email!

ABOUT GAMEPIRES
Gamepires expertise resides in the highly rendered and superior graphics gaming environments and relies on combining exquisite knowledge in physics and gameplay development with top-class graphic layouts. The team consists of creative groups of developers and designers continuously oriented towards innovation and perfection in game production, their daily passion. This has resulted in a unique game engine, the best of breed gameplay, design and art for each and every entertainment solution we produce. In the last 15 years every Gamepires team member has been engaged in some of the bestselling and top technology gaming products. Their experience and knowledge guarantee the highest performance and usage standards possible.