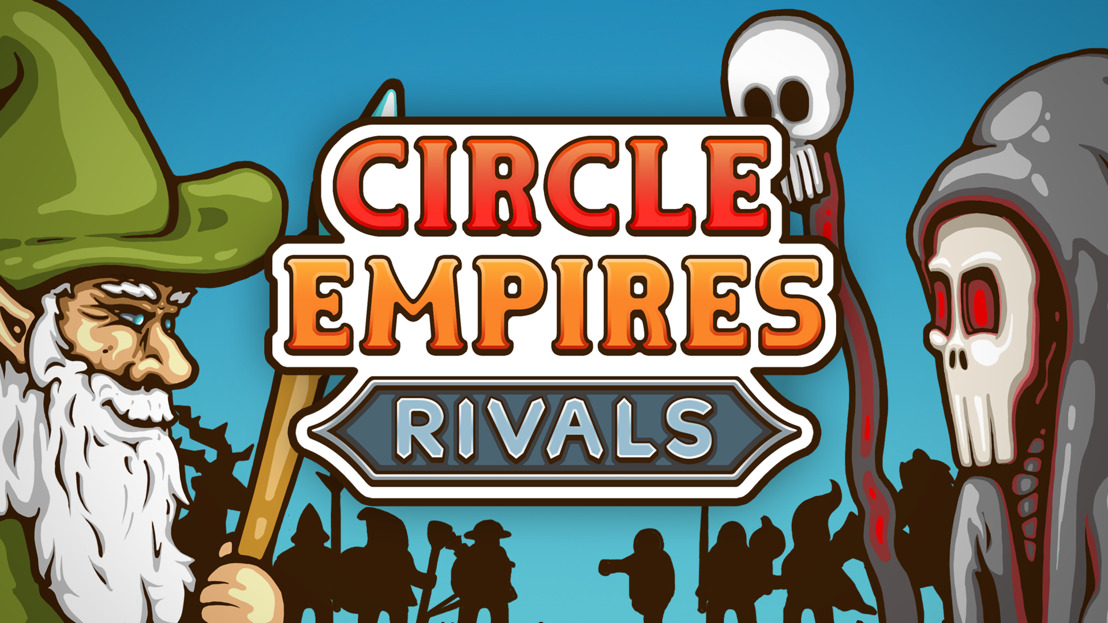 Haarlem, The Netherlands: Together with the team at Luminous we are very proud to announce our newest game – Circle Empires Rivals, available early 2020. This multiplayer sequel to the smash-hit Circle Empires will have you devising new strategies, fighting enemies and levelling up in a world full of circles which you have to conquer. Watch the new teaser trailer below and wishlist the game on Steam to play with your friends or to join thousands of other gamers worldwide in the ultimate RTS multiplayer experience.

“We have been working tirelessly for almost two years to please the thousands of Circle Empires players requesting a multiplayer sequel. It therefore makes me very happy that we finally get to announce the much-expanded, content rich multiplayer experience Circle Empires Rivals to the world" - Mihkel Trei, Lead Developer at Luminous.

Circle Empires Rivals is the multiplayer sequel to the original award-winning real-time strategy game enjoyed by more than 300,000 players worldwide! Fast-paced action and hundreds of different units combined with a procedurally generated world of circles to make every session exciting and unique. You’ll have to devise new strategies and clever tactics to defeat your enemies, harvest resources and increase your power – alone or online with friends!

“It’s amazing to have watched the project evolve from a free demo into the single-player experience, and now at last, into a multiplayer one as well!” – The Luminous Team

Players interested in taking part in a closed-Alpha testing can apply here.

Game assets, including the new trailer and screenshots, can be found in the press kit.

For all media requests, including key requests, please get in touch with us at: pr@iceberg-games.com.

In 2016, Luminous partnered with Edvin Aedma, a developer on the Estonian indie hit Teleglitch: Die More Edition. Together, they decided to involve two more Estonian indie dev companies run by Edvin: Interactive Fate, to create a complete overhaul of all Circle Empires graphics, and Playtest Games, to ensure smooth production of the entire project.